Let us beat that price!

You need to carefully consider your choice of cloakroom tap because, by their nature, the cloakroom of your home is usually a small space, crammed into otherwise unused and awkward areas of a house, such as under stairs. This means that they tend to require smaller sinks to fit in them. In turn, this means that smaller taps are needed – which is where our extensive range comes in! Just because this is a smaller room in comparison, it doesn’t mean that it deserves fixtures and fittings of a lower quality though, so we’ve ensured that we’ve only selected the best quality brassware around –from prestigious makes such as Burlington, HIB and Hansgrohe.

If you’re looking for taps for your cloakroom, you probably didn’t realise that there’s a huge amount of different styles to choose from, all of which will add a different feel to the room. We’ve got mixer as well as separate hot and cold options, and we’ve got modern styles as well as more traditional designs. We have a choice of wall or deck mounted options as well as a several different options in finishes from chrome to nickel. Why not push the boat out and choose a small but perfectly formed waterfall monobloc from Crosswater or a wall mounted mixer spout from Just Taps that will turn your mundane cloakroom into a talking point every time your guests use it.

There’s one thing that they all offer though – they have all had their prices reduced significantly, making buying taps for the smallest room in your house much more affordable for you. There aren’t many other places that offer this selection for such a great price!

Now that you know all about the cloakroom taps we offer, all you need to do is take a look around and find the best one to fit with your room style. We know that the range we offer is the best around, so it shouldn’t be too long before one catches your eye! 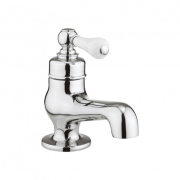 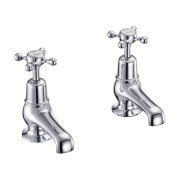 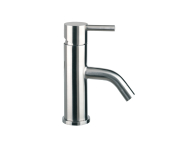 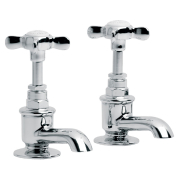 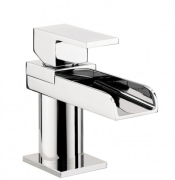